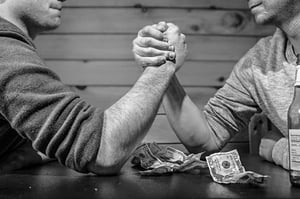 We made it... Q4. Next-year planning is ramping up and 2020 budget discussions will soon take place (if there aren't already rumblings). To avoid getting trapped in a situation where you're constantly having to arm wrestle for a fair share of marketing allocations, you can test some interim ideas now to support your future recommendations.

Here are some testing ideas to sneak in now with small budget surpluses that can back you up:

No one likes to go to battle for budget, but by implementing these mini-trials now, you'll be armed with data to make your case should the time come.

Ilene Rosenthal, CEO
Ilene Rosenthal is the CEO of White Space Marketing Group, fulfilling her aspiration to bring hybrid marketing expertise to the mid-market. With a de... read more

White Space Marketing Group helps companies define which business objectives are best served by marketing, distill marketing plans down to those strategies that are worth the investment, and implement the tactics you need now. We streamline brand messaging, create engagement programs based on customer-focused content, plan and implement across digital and traditional channels, and manage project workflows within an inch of our lives. You'll recognize us as soon as you meet us: we care deeply, we're easy to work with, and measure our success by yours.