Where’s the Hidden Gem in Your Small Business?

The ambitions of the small business owner are unmatched in enthusiasm, nimbleness, creativity, and sheer grit. These admirable attributes can come along with a huge dose of impatience. As a small business CEO, you think: I’m moving fast, so the world is going to move fast with me. 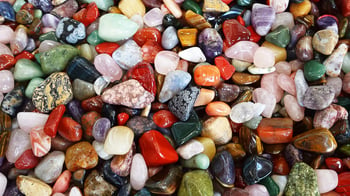 I’m a big believer in taking the long view of marketing--because all marketing lives to serve clear and specific actions we want to see in our businesses. Success is the process of doing the reps, not a swing of the magic wand.

But, sometimes impressive strides can be made in a short amount of time to yield results--as long as you make time to step away and think through the possibilities. This helps break away from the randomness of “let’s try this!” look under the hood.

Don’t believe me? Here’s a story for you.

A vibrant $5MM company--with 15 years of productive, client-focused services--hit a snag during the pandemic. Some of their largest customers put things on hold.

Not a unique story. In fact, this trend became the norm for many businesses, across multiple industries.

With a good portion of revenue on pause, the company knew they had to do something. So, they decided to run paid search ads and hire a PR firm. Sounds okay, right? Not a “bad” move by any means.

But, when we reviewed their struggles, past performance data, and their owned and earned media, we found a gem sitting under a rock: a significant database of 12,000 contacts in their CRM. Somehow, in the midst of climbing out of the pandemic, that list got nearly forgotten.

The pressure of generating new business meant they didn’t have their eyes on the opportunity to segment their existing contacts--by activity and qualification--to determine the best way to reach out with tailored messaging in order to re-engage.

We had the gem, but now what? The pivot from lead gen to lead nurture took some thinking. What do we know about these contacts? How are they the same, or different? Are there rapid fire tactics that would have broad appeal for an efficient solution?

Admittedly, it took an outsider to uncover the distinctive quality of this company--the things they couldn’t even see any more for being just too “inside.”

An outsider can see:

In short, once we identified nurture as the first step, the tactics seemed unsurprising, simple to execute, and easy to measure.

We refined separate, tailored messaging to each group, hired a talented sales writer to construct three different email nurturing campaigns and set out to spend Q1 re-engaging the database while we wrestled with the larger issues of brand, website performance, and nurturing to those not yet ready to buy. With a  simple video in the mix, and a refined sales process, we had our plan.

What were the results? They’re so remarkable, that I’m sure this will sound like an aggregate of several clients bundled into one argument; but it’s not. This is a single company, with the resources to invest more in marketing, and clear KPIs from which to learn and evaluate.

Strategy, Open-Minded Courage, and a Bit of Cash Helped Turn the Corner

What was the hardest part for the company leadership?

Not what you might expect. Not finding the tactics, not a new shiny piece of software, not a revamp of the sales team.

The hardest part was finding courage to take a risk. So many CEOs (and their CFOs who have to “OK” the budget) know they need marketing to grow. But the waste and risk often cuts off the discussion before it begins. This CEO:

I’m not a magician. But, it’s often easier for me to uncover the hidden gems--whether business leaders encounter unforeseen obstacles like COVID-19 or they find themselves “stuck” on their current marketing spin cycle. Here’s how I can help you get started:

See this Marketing Strategy Overview to get the full picture.

Or, set up time with me HERE!

Ilene Rosenthal, CEO
Ilene Rosenthal is the CEO of White Space Marketing Group, fulfilling her aspiration to bring hybrid marketing expertise to the mid-market. With a dee... read more